Alongside external contributions and recommendations, the annual report examines the former discussions on the new sexual criminal law reform bill, since then voted in parliament and its possible effects on human trafficking.

At the same time, an interview with the Dutch National Rapporteur on Trafficking in Human Beings and Sexual Violence against Children explains his view of the approach to human trafficking in the Netherlands.

The title Visibly invisible doesn't only refer to the current twilight zone in which trafficked persons are active alongside other sex workers who operate in a safer setting. It also applies to some degree to this report, which was drafted in the midst of the uncertainty concerning the outcome of the debate on sexual criminal law.

While the process towards greater recognition of sex work has begun, serious concerns remain about the possible implications for the fight against trafficking for the purpose of sexual exploitation, and even for the fight against trafficking for labour exploitation. Sex work is highly diverse. Hence, the bill (now the new law) raises not only legal issues, but also questions concerning its implementation. With this report, Myria wishes to contribute to the reflection on this very topical subject.

PART 1: Evolution and fight against the phenomena of trafficking and smuggling of human beings 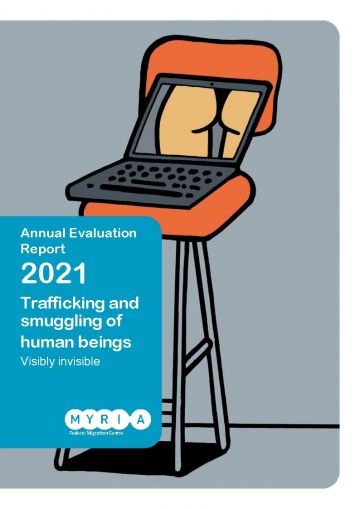